Thank you for reading!

Please note that "Local counties only include Randolph, Chambers, Clay and Cleburne counties in Alabama. 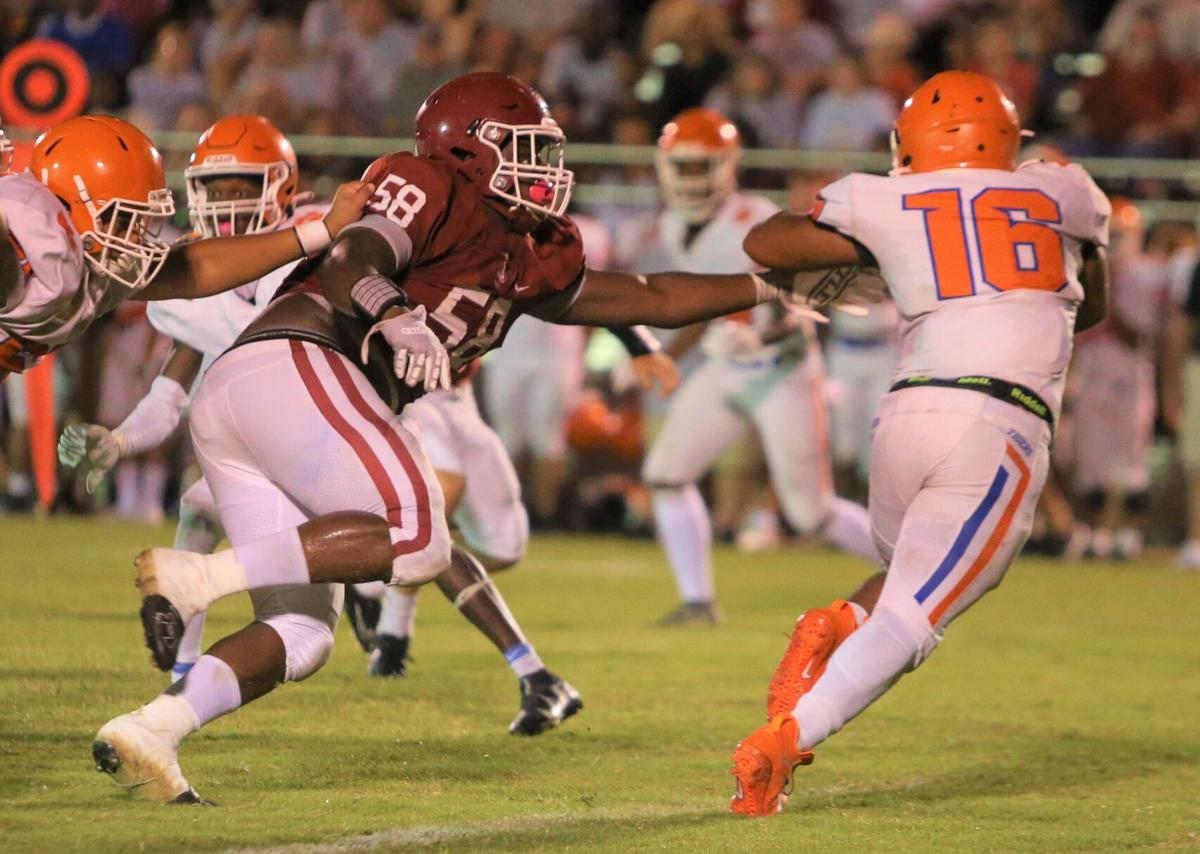 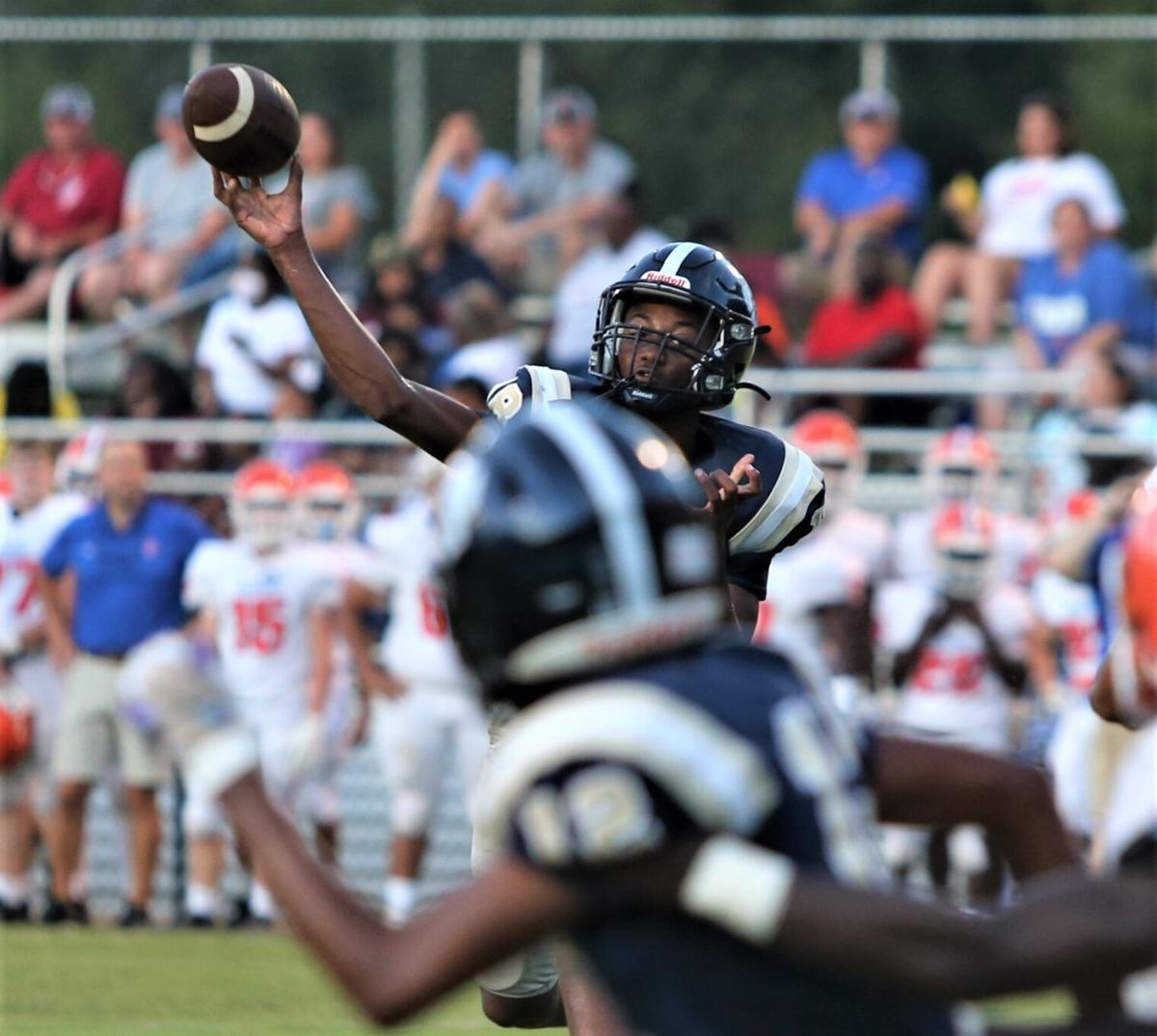 RCHS quarterback Avion Willis ran for one touchdown and threw for the game-winning score in the final minute of a 12-6 win over Chilton County in Wedowee Friday night.

RCHS quarterback Avion Willis ran for one touchdown and threw for the game-winning score in the final minute of a 12-6 win over Chilton County in Wedowee Friday night.

The Handley Tigers were the clear winner of Friday's jamboree in Wedowee that kicked off the 2021 high school football season, while RCHS showed some flashes of real promise that should have its fans feeling optimistic about the upcoming season.

Still, it was the preseason, with all the rustiness that typically accompanies teams' first foray from practice field to the game field.

But if a person who knew high school football but was unfamiliar with the recent history of the local teams attended Friday's jamboree, that person would have no problem pointing out which of the three teams was a defending state champion.

The Handley Tigers dominated their two halves of play, knocking off Chilton County 7-0 and RCHS 20-0 while teasing their vast potential and depth of talent on both sides of the ball.

Handley ran for 326 yards in its four quarters of play, and got its biggest performance from its second-string running back. Meanwhile the Tigers rotated two quarterbacks, and Ty Fetner and Cannon Kyles combined to throw just two incompletions in 10 pass attempts.

Jay Haynes finished with 146 yards and two touchdowns on just seven carries, while starting running back Tae Meadows ran for 90 yards and a touchdown on his seven totes.

Handley's defense was just as dominant as the Tigers held Chilton and RCHS in check until the teams went deep into their benches. In all Handley forced 11 negative-yardage plays in 42 defensive snaps and created three turnovers.

This defensive prowess was never more evident than when Chilton County reached a first-and-goal from the Handley 2-yard line. The next four plays, went tackle-for-loss, tackle-for-loss, fumbled snap, missed field goal, and Handley' shutout was preserved.

RCHS was unable to slow down the Handley juggernaut, but the host Tigers had some eye-opening moments in their opening 12-6 win in the first two quarters against Chilton County. RCHS forced a fumble on its first defensive play of the game, and then marched 42 yards for a touchdown capped by quarterback Avion Willis's 1-yard run.

But Willis, the sophomore in his second year as the starting QB, save his grandest moment for the final minute of that opening contest. The game was tied 6-6 when RCHS took over on downs at the Chilton 28-yard line with 55 seconds remaining in the game. On third-and-two from the 20, Willis rolled to his left, stepped up in the pocket and delivered a strike to SanDavion Hardnett in the end zone for the game-winning touchdown with 9.6 seconds left.

Willis finished that first game 5-for-12 for 60 yards and was responsible for both Tiger touchdowns.

The Tigers also got solid production out of the run game from first-time starter Austin Terrell, who carried eight times for 82 yards in RCHS's four quarters of play.

RCHS has next week off before beginning its regular season August 27 at Woodland.

Handley has a short week as they will turn around and play Guntersville Thursday at the Cramton Bowl in Montgomery as part of the AHSAA's annual Champions Challenge that traditionally starts the high school regular season.

Look for more coverage of Friday's jamboree in Wednesday's print edition of the Randolph Leader.

Recruiting representatives will be onsite at
For more information call 334-863-1402 or email rancococ@teleclipse.net
SteelFab