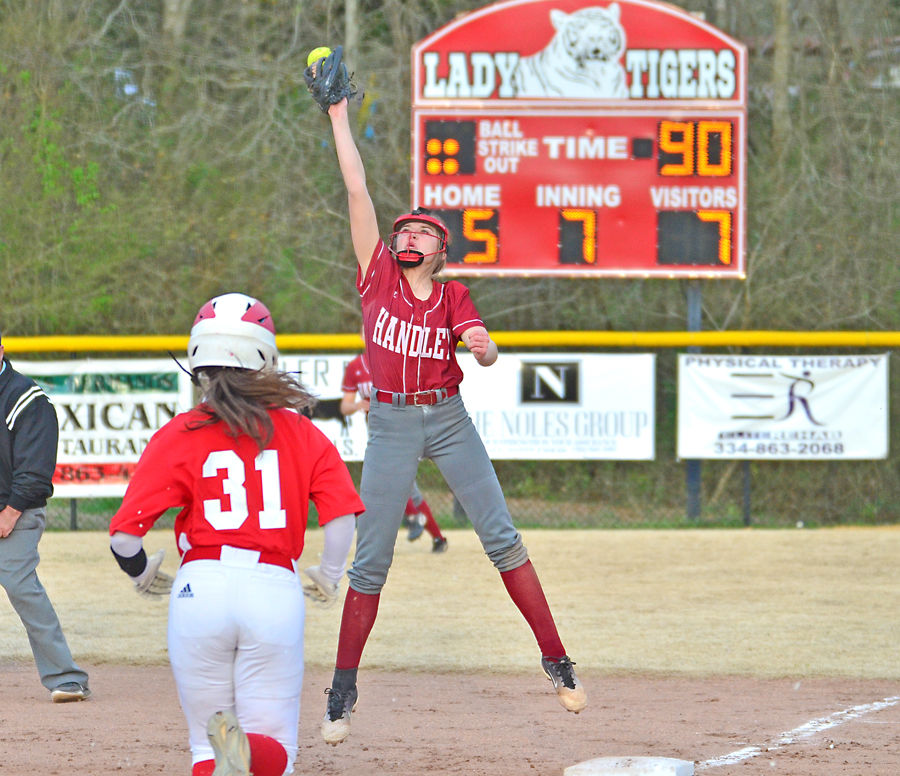 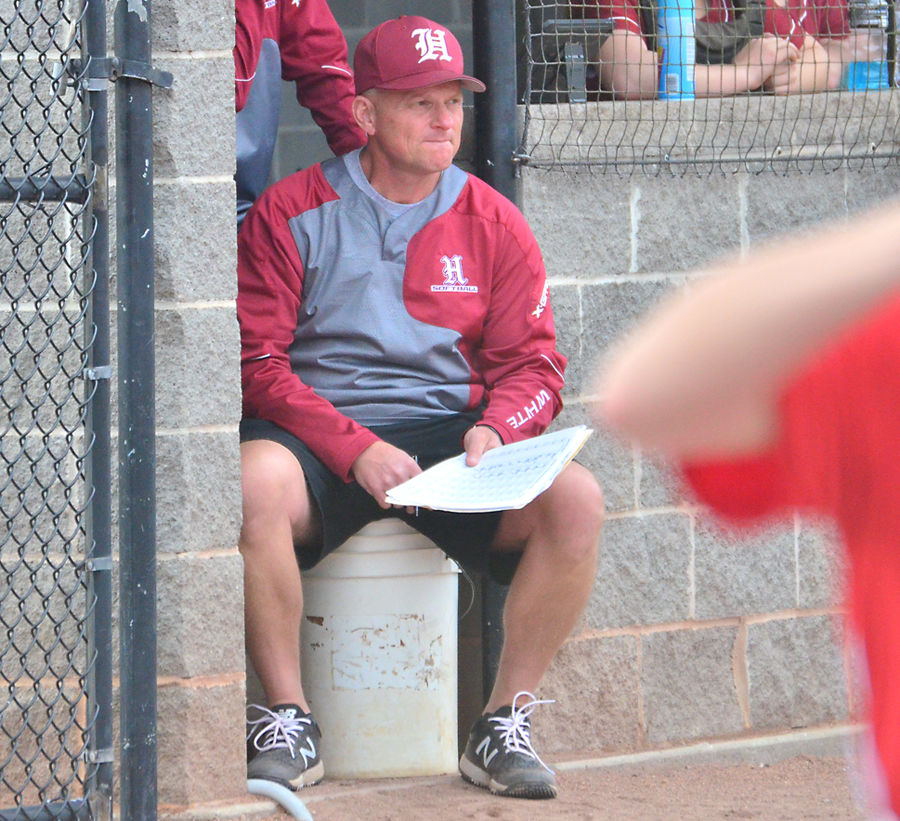 The starting right fielder is a seventh grader, who also just happens to be the team’s best hitter through the first 17 games of the season.

Of the 20 players listed on the roster just four are above the 10th grade, and zero are freshmen. To say that this Handley softball team is young would be the understatement of the season.

But in a nearly seven-minute interview after a recent game, not one time does first-year head coach Chris White use the words “youth,” “young,” “inexperienced” or any other word that would allude to the team’s unusual roster composition. Not even when he’s asked specifically about the youth of the team as it relates to the culture he’s trying to establish.

“If they can grasp it now, I feel like by the time the area tournament comes around we’ll be a tee-totally different team,” White said. “We’re already different from what we were at the first of the year. If we just keep growing and growing and growing I think we’ll be very competitive in that area tournament to be a regional team. I know the team made regionals last year, but I think we can make some noise.”

That’s significant because typically for coaches with a team this young that’s the go-to opener, the built-in caveat for everything the team does. But Chris White doesn’t seem like the kind of coach who wants to use his team’s youthfulness – or anything else for that matter – as a crutch for its shortcomings.

White is in his first year as the Handley head softball coach, and he’s just watched his team display all the earmarks of inexperience in a 7-5 loss to Horseshoe Bend Monday in Roanoke. They misplayed fly balls, mishandled some potential scoring situations and committed five errors. They rallied from a 3-2 deficit to take a 5-3 lead in the bottom of the sixth, only to give up that lead by allowing four runs in the top of the seventh.

But White is determined to instill a presence in his players, something positive that remains despite the inevitable negative turn of events that will arise.

“We want to be a team that has great body language,” White said. “Regardless of what that score is we’re going to portray something very positive.”

He cited Whaley’s response when he took her out of the circle in that disastrous seventh inning Monday as Exhibit A for how he wants his team to respond.

“They could have laid down real easy, and they didn’t,” he said. “Mariana could have ducked that head, went over there to first with that tail tucked, but she didn’t.”

White came to Handley after spending two years as the head football coach at White Plains (and before that, nine years as an assistant softball coach at the school). He coached Handley’s offensive line this past season, and elements of that football mentality naturally come forth when he talks about his softball team.

When talking about a hard hit ball by one of his players: “She got into the box, stood in there and hit it on the mouth.”

When he talks about instilling a championship mentality in his team: “There’s a champion in the huddle if we want to be a champion.”

But White is aware of his seemingly subconscious blend of football and softball, and he is unapologetic about it.

“We want to make sure that we are just being a tough team,” he said. “A lot of people say, well that’s more of a football mentality. Well, tough people win. We’re trying to be very tough with what we do, trying to be very physical, very aggressive with what we’re doing. Cut out being that person that lets things happen to them. You be the person trying to make things happen. That was the big thing we wanted to preach.”

Handley has had its ups and downs this year, as you might expect from such a young team, but the pieces for a successful program appear to be already in place.

“I feel great about the talent,” White said.

Whaley has resumed her role as the team’s primary pitcher after she posted a 2-7 record with a 5.18 ERA as a seventh-grader last year. This year the numbers have taken a leap forward. The 5-6 record doesn’t particularly stand out, but after issuing nearly a walk an inning last year she has allowed just 18 free passes in 41 and 2/3 innings this year. And she has cut almost two runs off of her ERA, to 3.36.

Those are good offensive numbers, but they don’t match what seventh grader Ava Hill is doing at the plate in her first year of varsity softball. The outfielder is hitting .516 with a 1.220 OPS to lead the team in both categories and has also driven in 13 runs.

The youngsters aren’t the only ones producing, however, as sophomore third baseman Alexis Henry (1.123 OPS, 1 home run, team-best 16 RBI) and senior Alyssa Bickers (1.046 OPS, 1 home run, 16 runs scored) have made their mark as well.

The team has hit a rough patch against some solid competition, as they’ve dropped five straight games after starting the year 8-4. Losses over the weekend to 7A Mary G. Montgomery, 5A’s Corner and Cordova, and 4A Deshler led up to Monday’s result against Horseshoe Bend.

But if anyone can keep the team from going into a tailspin it’s White, whose high-energy, upbeat style of coaching should keep them in line for their ultimate goals.

“I’m going to be hard on them and get on them, but I’m going to try my best to get them built right back up if I can,” he said.