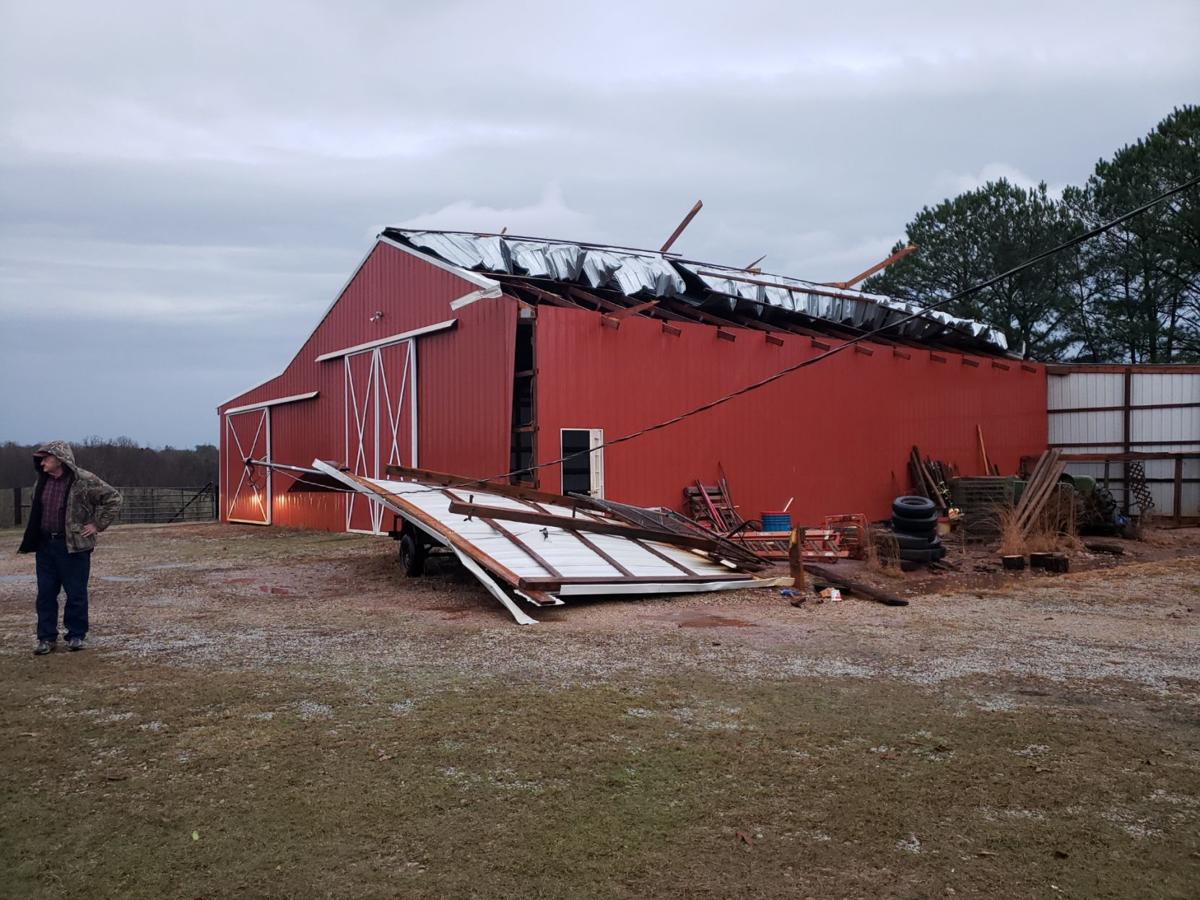 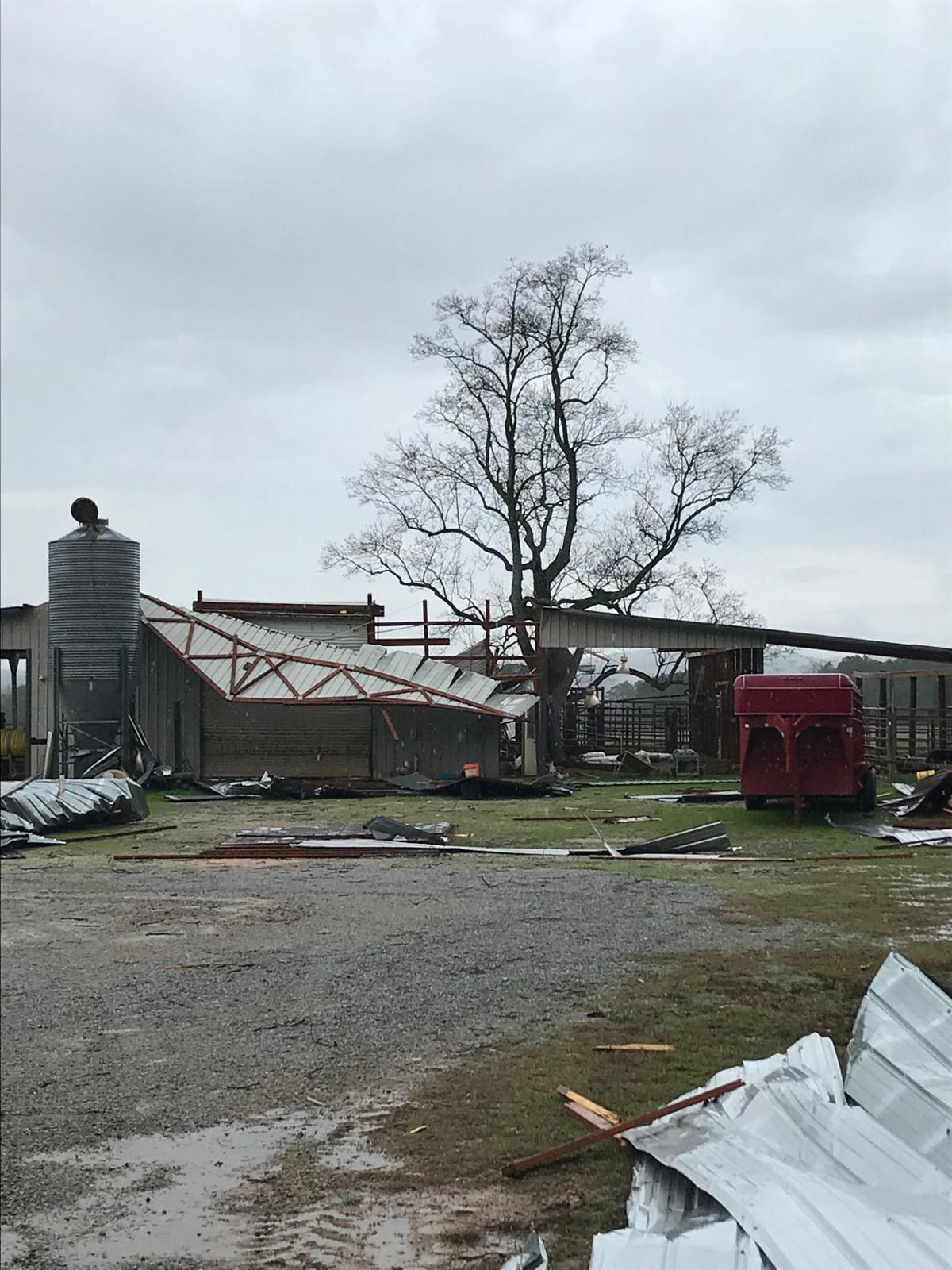 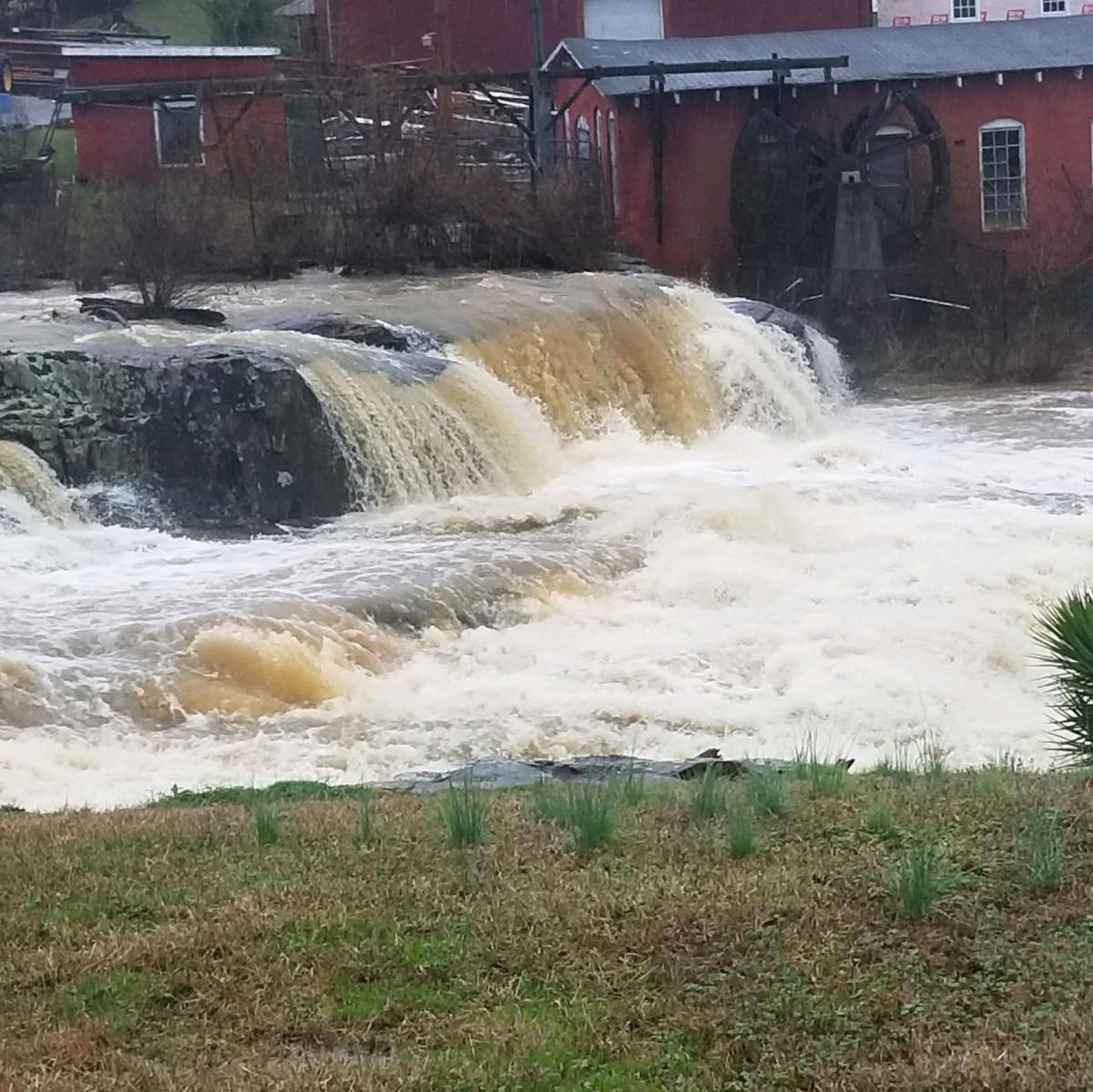 Wehadkee Creek at Rock Mills roars from the approximately 4 inches of rain the county has seen since Saturday.

Wehadkee Creek at Rock Mills roars from the approximately 4 inches of rain the county has seen since Saturday.

After several days of seeing it in the weather forecasts, Randolph Countians were braced for the storm that hit Saturday afternoon.

Those listening to scanners heard near constant reports of trees down - and those were just the trees that happened to fall into roads.

Randolph County EMA director Donnie Knight confirmed that most of the damage was to trees, with other damages to barns and a chicken house.

According to the National Weather Service, a dynamic January storm system brought severe thunderstorms to a large part of Central Alabama. A warm front moved northward and beyond Central Alabama. The storms quickly moved through Central Alabama and exited southeastern areas around sunset.

There were three fatalities and seven injuries in Carrollton, Ala., in Pickens County, where an EF 2 tornado was reported. An EF 1 tornado hit Barbour County, but with no injuries.

Jacki-Lyn Lowry of Alabama Power Company said at peak outage there were 2,500 customers in the county impacted. Roanoke was one of the hardest hit areas as far as outages went. As of 3 p.m. Monday, all APC customers had their power restored. Statewide, 202,000 APC customers were affected. Crews from six states assisted APC personnel.

Kevin Hand, manager of member services at Tallapoosa River Electric Cooperative, said at its peak there were 2,500 of their customers across eight counties without power. Of those, 700 were in Randolph County. Service was restored by 7 a.m. on Sunday.