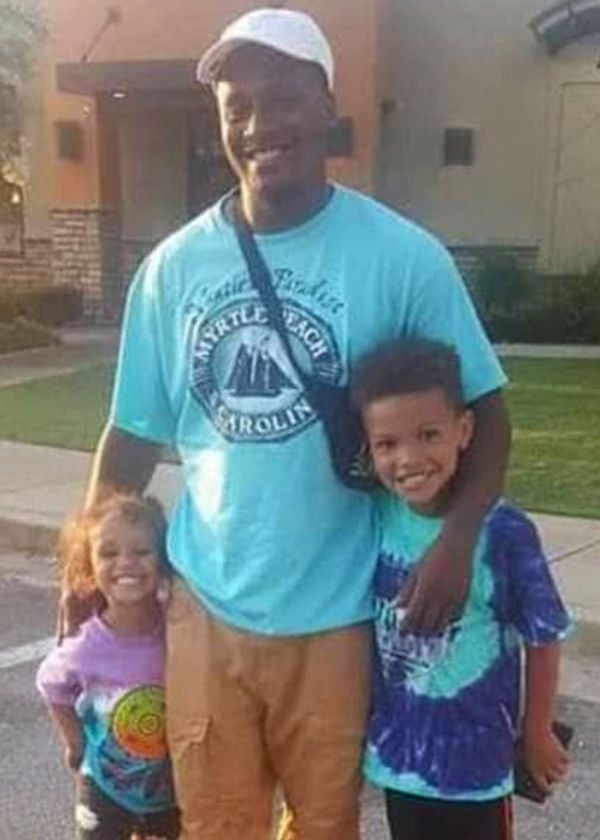 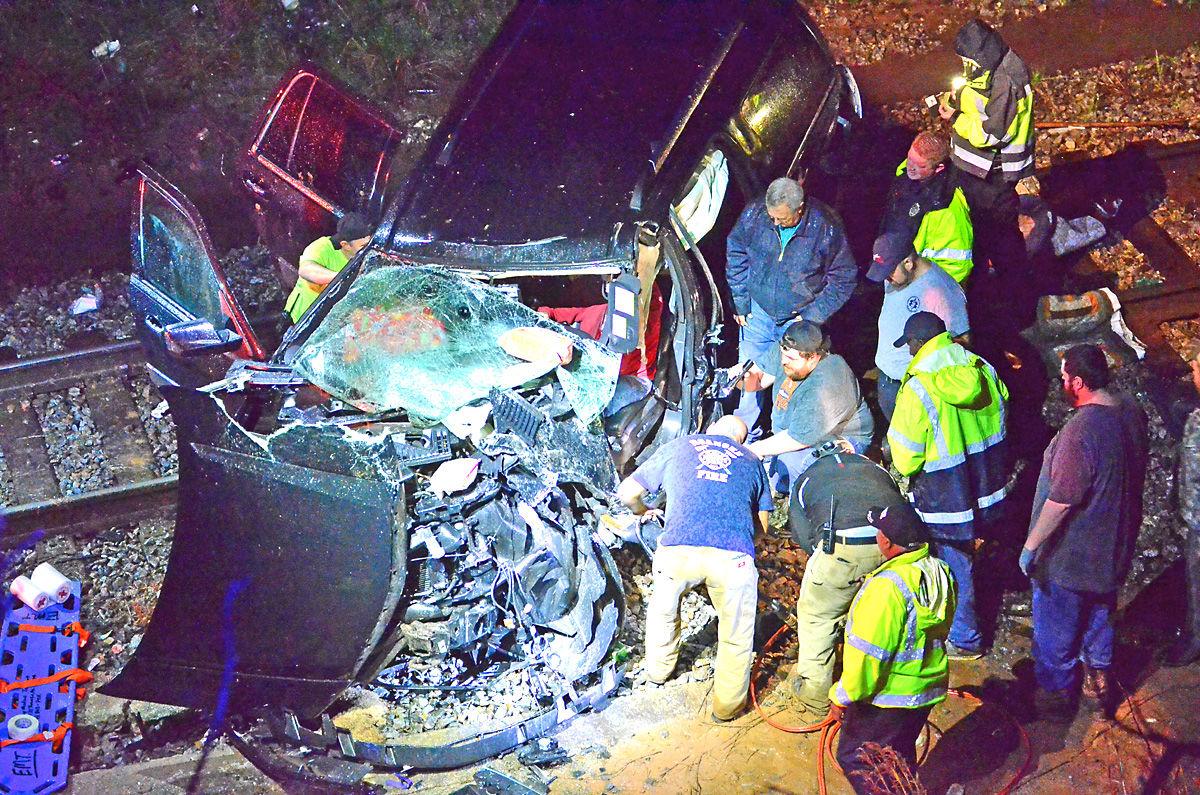 Emergency personnel assist the injured driver of an SUV that wrecked Tuesday evening onto the railroad tracks that cross under Lafayette Highway in Roanoke.

Emergency personnel assist the injured driver of an SUV that wrecked Tuesday evening onto the railroad tracks that cross under Lafayette Highway in Roanoke.

A pair of separate single-car acci­dents - one on Tuesday evening and one early Sunday morning - led to four fatalities on county roadways last week.

A Five Points man died from injuries suffered late Tuesday after­noon in a one-vehicle freak accident on Old LaFayette Highway in Roanoke that landed his vehicle beneath the railroad bridge. His wife was also seriously injured.

Then Sunday a Woodland man and his two children were killed in another one-vehicle accident.

According to the Tuesday report from Roanoke Police Department, the Five Points couple was traveling south on Old LaFayette Highway in their 2014 Lincoln Navigator and approaching the bridge that crosses over the CSX Railroad tracks.

The SUV ran off the right side of the road and onto the soft shoulder approximately 160 feet before the bridge. The vehicle began to yaw counter-clockwise and traveled that distance approximately 70 feet before striking a mound of dirt and guy wires from a utility pole.

The impact caused the SUV to straighten out. It continued travel­ing south off the road. The vehicle went in between the guardrail and the utility pole, before taking the approximately 60-foot plummet down the embankment that led to the railroad track below.

The Lincoln went airborne and began to roll to the right. The SUV struck the outer concrete guardrails on the bridge before falling to the tracks below. Debris from the vehi­cle was discovered lodged in the guardrails 25 feet from where the embankment begins. The SUV struck the ground nose first and rotated 180 degrees before coming to rest, upright across the track, and facing north.

Patrol units arrived first and began trying to locate the vehicle. When Sgt. Watkins spotted the SUV on the tracks, dispatch called to stop all train traffic. Both occu­pants were visible in the vehicle, but were trapped. Officers climbed down the embankment to assist the victims.

Fire units arrived on the scene with paramedics. Fire units had to lower the jaws of life tools from the bridge by rope. Ambulances gained access to the track by means of an old rail spur a few hundred yards east of the accident scene.

The passenger, Patricia A. Emrick, 76, of Five Points, was transported to WellStar West Georgia Medical Center in LaGrange, and the driver, Russell Thomas Emrick, 75, of Five Points was initially taken to Tanner East Alabama Medical Center. A heli­copter was requested for the driver, but he declined due to weather. Mr. Emrick was transferred to University Hospital in Birmingham, where he succumbed to his injuries the fol­lowing day. The couple's dog was also killed in the accident.

A heavy lift wrecker with a rotat­ing boom from East Alabama Towing was called to the scene to lift the vehicle back up to road level.

At approximately 2:34 a.m. Sunday, ALEA Communications - Jacksonville Post was notified by Randolph County E-911 of a single-vehicle accident on Highway 48 near County Road 95 in the Liberty Grove area.

The 2017 Chevrolet Cruz appeared to be traveling at a high rate of speed while negotiating a curve. The vehicle ran off the left side of the roadway striking a tree head on. The collision caused the vehicle to catch fire and completely burn.

Teachers of the year