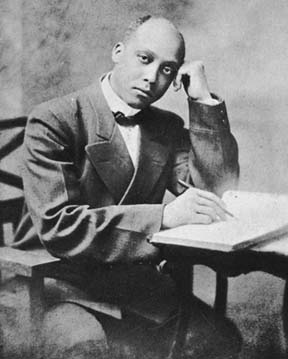 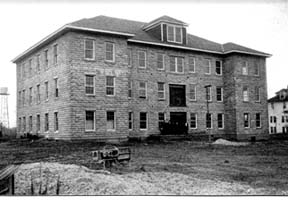 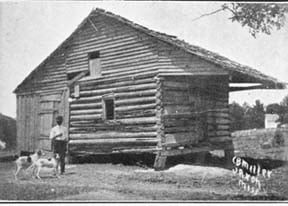 The cabin where Utica Junior College had its beginning. Classes were first held under a big tree, then moved inside the cabin when cold weather came. 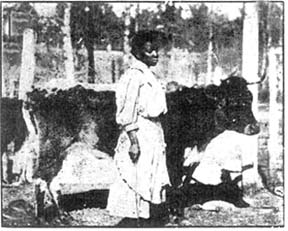 Corene Haney, offering her mother's only cow for her entrance fee and schooling at Utica Institute in the early 1900s. Miss Haney later became an outstanding educator.

The cabin where Utica Junior College had its beginning. Classes were first held under a big tree, then moved inside the cabin when cold weather came.

Corene Haney, offering her mother's only cow for her entrance fee and schooling at Utica Institute in the early 1900s. Miss Haney later became an outstanding educator.

UTICA, Miss.--All he had was an old pocket watch, the clothes on his back and $2 in cash--and a dream--when William H. Holtzclaw walked into Utica, Miss., in the early fall of 1902.

The meager material possessions were of little importance to the young Alabama Negro--it was the dream, the vision that had led them, that had constantly tugged at his inner spirit, that had inspired and guided him.

He dreamed of helping his people rise above the wretched conditions in which many of them lived; he envisioned them taking proper and productive positions in a society which he determined to improve.

Holtzclaw was himself the product of such a dream. Born in Randolph County, Ala., near the town of Roanoke, he grew up in poverty and ignorance and knew from personal experience what hunger was.

But he had been blessed with parents who considered Christian character more valuable than any other possession, and they dreamed of a better life for their children than they had known.

The Holtzclaw family (parents, Jerry and Addie Greer Holtzclaw) lived in a small cabin with a dirt floor and no windows. Both parents worked, but it was rare for the children to have a change of clothing.

When young William was growing up, his mother hid him so that he would not have to work in the fields of the plantation during the short school term; she was determined that her son should receive some education.

It wasn't much of an education as most of the teachers had reached only the fourth-grade level themselves. When young William was in his late teens, he knew he was from Roanoke, but he had no idea that there was a state of Alabama or that the nation was called the United States of America.

Dr. Washington wrote a letter to Holtzclaw, telling him to come to Tuskegee, so with no money and wearing a hand-me-down suit three sizes too large, he left the hills of Randolph County on a trip to Tuskegee, a journey that was destined to change the lives not only of Holtzclaw but untold thousands of others, black and white.

It took a long time for Holtzclaw to complete his schooling at Tuskegee, for he worked all day on the campus and farm and went to class at night. Once he had completed school, he began teaching at Snow Hill, Ala., in an institution similar to Tuskegee though it was operated on a much smaller scale.

But teaching at an established school was not what Holtzclaw wanted in life. He still had his dream.

On three different occasions, he attempted to begin his work, and each time circumstances halted him. He and his wife, Tuscaloosa native Mary Ella Patterson, also a teacher, had built a home and were living a relatively comfortable life. But the dream was still there.

In 1902 Holtzclaw determined to try once more. He left Snow Hill for Mississippi traveling by train until he ran out of money, then he rode a bicycle.

Holtzclaw's wanderings, looking for the proper place for a school, took him first to the Delta. Here he was often forced to sleep out-of-doors and ask for food. He talked with several of the planters in the Delta and visited with the leading black men of Mound Bayou, but all while complimenting him on his plans, discouraged him from beginning his school in their section.

Holtzclaw's old bicycle broke down and he sold it for $2. Then he began walking. Someone had suggested Utica as a likely place to undertake his work; thus it was that he walked into town on a hot, dusty afternoon.

A leading Negro citizen of Utica, A.C. Carter, met Holtzclaw and introduced him to two others, Tom Williams and Oliver Brown (the three were trustees of the tiny Negro school). The next day Holtzclaw determined to call upon some of the leading white citizens to get their reactions to his plan.

He first called upon Col. J.B. Chapman, an attorney, who told him that if an honest effort was made, "You will find the best white people of this town and of this state supporting you."

He also received favorable response and the pledge of help from Postmaster Alexander Yates, the Curry Brothers, Z. Wardlaw and Co., Mimms and Newman, Kelly-Simmons and Co., and the town council invited him to speak.

Holtzclaw had a harder time convincing his own race than he did the whites. He organized an educational association, but the three religious groups (Methodist, Baptist and Sanctified Folks) didn't trust each other. The distrust was so bad that a treasurer for the organization couldn't be elected from among the membership, even though there was only 75 cents in the treasury. As a result, the president of the Bank of Utica, W.J. Ferguson, a white man, was chosen and though he considered it the joke of the year, he accepted the job and became a strong supporter of the movement.

Soon Holtzclaw persuaded a lady to sell 20 acres of land, on credit, and Curry Lumber Co. sold him material for a building, also on credit.

In November Holtzclaw was named teacher for the Utica Negro School, and he began classes in the out-of-doors under a big tree. When cold weather arrived, he moved his 20 pupils into an abandoned log shack. Water and wind came through the cracks from just about every direction. So bad was the old building that he had to stand on a bench when it rained to keep his feet dry.

People now began to realize that Holtzclaw was serious in his undertaking, and soon the new school building was under construction. When the next term began in the fall of 1903, the modest but well-built structure had 225 pupils.

Holtzclaw had personally sacrificed almost everything for the school, but soon he was able to send for his wife, who was as enthusiastic in the Utica endeavor as he. When Mrs. Holtzclaw arrived, she and the professor began housekeeping in a little shack with a minimum of necessary items. Even their mattress was made of old feed sacks filled with hay.

The school, which Holtzclaw named Utica Normal and Industrial Institute for the Training of Colored Young Men and Women, was properly incorporated by the state of Mississippi and a board of directors and trustees named. It consisted of several local white and black leaders and also some Northern friends who were interested in its growth.

Utica Institute instructed its students not only in academic subjects but also in vocational work, just as Tuskegee Institute did in Alabama.

After only five years of operation, Utica Institute had 33 teachers, 1,500 acres of land, 14 buildings and more than 400 students, many of whom boarded at the school. It operated on a budget of approximately $30,000 yearly, all of which was contributed. Work, such as farming and carpentry, was done by the students.

The Utica newspaper editorialized that it was "a school that is of more significance than we at the present time realize," and had high praise for Holtzclaw, whom the Natchez Democrat praised for "doing a remarkable work for the uplift of his people."

Holtzclaw was never one to make a dramatic production of his work and went about it modestly and quietly. This, no doubt, accounted for much of his success with his white neighbors. He once said that "If there is a white man in Utica who has not contributed to the expenses of the Institute, I do not know him."

The work did not stop at the Institute, however, for Holtzclaw and his teachers organized an extension service and a farmers club and went to the homes and farms to teach the adults the benefits of modern methods of agriculture as well as housekeeping. Holtzclaw realized that self-pride was a necessity for the advancement for any people.

One letter to Holtzclaw, making a contribution, read, "dear fessor Please cept dis 18 cents it is all I has I saved it out n my washin dis week god bless yo will send some more next week."

Students flocked to the school. Some could afford to pay, some couldn't, but none were turned away. One girl came without a cent of money or a change of clothes, and leading her mother's only cow, which she offered in payment for her education. Many other heartbreaking examples of students who wanted to go to school could also be told of some who attended Utica Institute.

The campus soon became a showplace, an inspiration to any who visited it, and among the visitors in 1908 was Dr. Booker T. Washington from Tuskegee. Despite grim words from Gov. Vardaman warning of "trouble" and a suggestion from his office that Washington stay away and that whites not attend the lecture, the great Alabama educator came to Utica, and the white citizens turned out in masses to honor and hear him. And there was no trouble.

Holtzclaw received the full cooperation of the people of Utica and other towns in the state, as well as the confidence and friendship of Gov. Longino and Gov. Stone.

He had had his problems over the years from both the blacks and the whites. A few of both races had threatened him, and many feared that he would be killed. But nothing ever came of the threats. In 1915 Holtzclaw spoke of his love for Mississippi, stating that "There is not a state in the union, in my opinion, that offers greater advantages to its Negro population than Mississippi."

Utica Institute continued under the guiding hand of Dr. Holtzclaw until his death in 1943. Eventually it was turned over to the county and is today operated as Utica Junior College, one of the most modern two-year schools in the state.

Dr. Holtzclaw experienced injustice, problems and hardships, but he said that "To complain of obstacles is one thing and to surmount them is another. Our salvation here in the South is very largely a matter of Christian intelligence, thrift, industry and morality ... I realize that we have many things to hinder us, but nothing has yet arisen to prevent us from being truthful, honest, upright, energetic and moral men."

Holtzclaw's dream had been of such a high calling that he never had time to take offense, to feel sorry for himself, to become angry or despondent. He harbored no bitterness over his past misfortunes, for his life was centered on that vision he had had since youth.

"I have no time to sing minor notes," he said. "I have determined that the tune of my life shall be played on major keys."

Holtzclaw, his wife and mother are buried at Holtzclaw Memorial Cemetery in Carpenter, Miss.